AMD’s latest generation Ryzen multicore processors build upon the success of the 1st gen making them hard to ignore if you are looking to build a powerful PC for any purpose!

The AMD Ryzen Processors provide faster and smoother computing experiences. Allow Ryzen to power your experience and be prepared to dominate tasks both in-game and out. Driven into existence by the user’s passion AMD have forged a processor with the performance power to dominate your favourite applications, games and more.

The AMD Ryzen processors build on the phenomenal performance the world witnessed with the legendary 14nm ‘Zen’ Architecture, by moving to a smaller fabrication process to deliver more efficient chips, running faster and cooler, while infusing the latest innovative technologies from AMD. The 12nm ‘Zen+’ Architecture found on the 2000 series CPUs allows AMD to deliver great performing processors.

The 3000 series feature AMD’s new Zen 2 Architecture, which pushes the boundaries even further by reducing the fabrication down to an astonishing 7nm! This gives the Zen 2 a significant advantage over the historic Zen 14nm architecture. 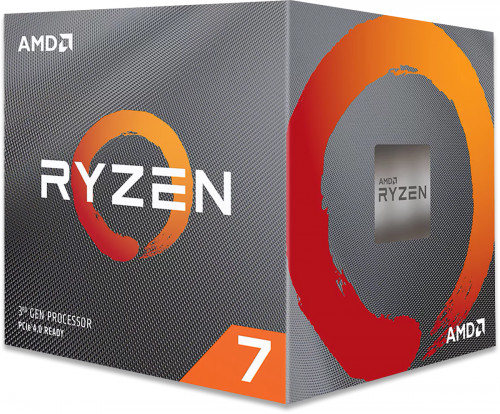 AMD Wraith cooling for socket AM4

AMD have stepped up the ante with a whole new line of AMD Wraith Coolers for the Ryzen processors. For example, the Ryzen 7 3700X AMD CPU comes free with the RGB Wraith-Prism cooler that features quiet acoustics coupled with capable thermal performance. This cooler features a configurable LED illumination so your Ryzen processor looks as good as it performs. RGB colour control is available when you choose a compatible motherboard like the ASRock RGB LED, ASUS Aura sync, Biostar VIVID LED DJ, Gigabyte RGB Fusion, and MSI Mystic Light. To find out which cooler is supplied with your choice of CPU, please take a look here.

Show specifications and reviews for:

“Easy choice to use them again”

“Used in the past and been very happy so an easy decision to use Quiet PC again for this order. Same as before, perfect service.”