The 13th Gen Intel Core desktop processors give gamers, professionals and creators both the intelligence and the power to enhance the experiences that matter most. 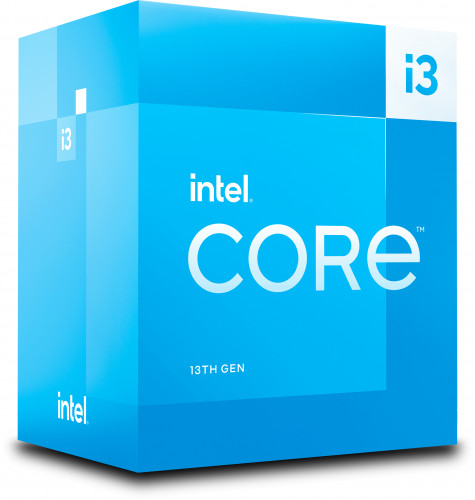 Say hello to Raptor-Lake Intel’s incredible 13th generation processors are hear to break the boundaries of modern day processing power. Now with up to 14 cores (6 Performance-cores and 8 Efficient-cores) and up to 20 threads, plus Performance-cores are capable of reaching 5.1 GHz with Intel Thermal Velocity Boost to elevate performance. Intel Turbo Boost Max Technology 3.07 further strengthens lightly threaded performance by identifying the best-performing Performance-cores. Meanwhile, additional E-cores enable an increase in Intel Smart Cache (L3) for more efficient processing of larger data sets and better performance. The P-core and E-core L2 cache has also increased compared to the previous generation of Intel processors, minimising the amount of time spent swapping data between cache and memory to speed up your workflow. Unleash the power of next-level performance with the 13th Gen Intel Core desktop processor advantage.

Built for gamers looking for maximum performance to play the latest games, while also having the capabilities to tackle other workloads. New 13th Gen Intel Core processor-based PCs make it all possible.

The 13th Gen Intel Core processor family offers faster P-cores and more E-cores with support for DDR4/DDR5 and PCIe 4.0/5.0. That provides a platform that can max out multitasking and choice for configurability.

Customise for What You Do Every Day

Show specifications and reviews for: