The ASUS TUF Combo pack contains a K5 Keyboard and a M5 mouse that is aimed towards gamer, but can also be used in any situation. The keyboard offers spill resistance keys and mech-brane switches, while the mouse has an optical sensor and is ambidextrous. 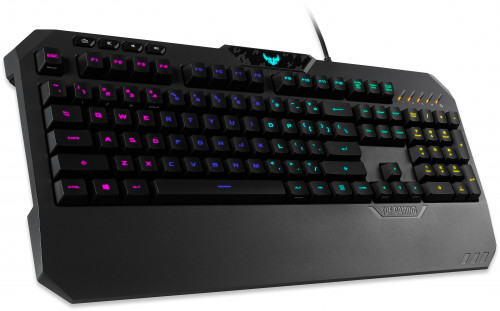 Inside and out, TUF Gaming K5 is built to provide years of service on the frontline. Its outer shell features a specialised coating that’s fortified to withstand a battery of more than 10 stringent abrasion, friction, and perspiration tests. And spill-resistance up to 60ml ensures that accidents with cans or cups won’t kill the action.

Aura Sync gives you the freedom to personalise TUF Gaming K5 across five individually customisable zones, using the entire color spectrum and various lighting effects. Large-font keycaps let more light through, so each character is bright and easy to see. And the illumination is easily synchronised with the extensive Aura Sync ecosystem, so it’s a breeze to create a truly unique gaming den. 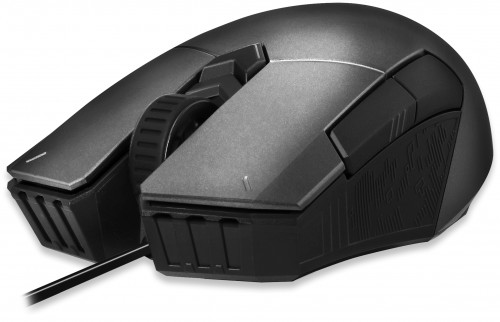 Fitted with a gaming-grade 100- to 6,200-dpi optical sensor and tracking up to 220 inches per second (IPS), TUF Gaming M5 delivers the accuracy, precision and speed you need to compete. And with a 1,000Hz polling rate, you’ll enjoy lag-free responsiveness for ultra smooth gaming experiences.

Inside and out, TUF Gaming M5 is built to provide years of service on the frontline. The outer shell features a specialised coating that’s fortified to withstand a battery of more than 10 stringent abrasion, friction, and perspiration tests. And to help keep the K/D ratio high during frantic battle, critical buttons utilise tactile Omron switches that are rated for at least 50-million clicks, while the base features enhanced Teflon feet to keep movement smooth for countless hours.